When not in the court, you may find Allen on the court coaching youth basketball or playing tennis.

Political advertisement paid for by the Brooke Allen Campaign, in compliance with the voluntary limits of the Judicial Campaign Fairness Act. 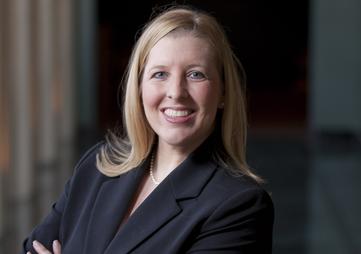 Brooke Ulrickson Allen was appointed by the Tarrant County Commissioners as Judge of Probate Court No. 2 and the assumed the role in October of 2016. Her experience as a skilled litigator, knowledge of the law, conservative judicial philosophy, strict attention to ethics and hard work, and tried and true efforts promoting Texas values in the ballot box made her well-qualified for this important court.

Judge Allen’s philosophy is simple, Texans deserve conservative judges on the bench who strictly interpret the laws as written, apply the law fairly and equally to all parties before them, and never legislate from the bench.

Judge Allen hears litigation matters touching estates and guardianship along with estate, guardianship and mental health matters. Prior to COVID, she served our citizens through hearing uncontested estate matters at the Arlington, Hurst and Lake Worth sub-courthouses and hopes to resume this practice soon. To save taxpayer funds, the Court hears the majority of mental health cases at John Peter Smith Hospital.

Since taking the bench, Judge Allen appointed a Public Probate Administrator, the only one in the State of Texas. The PPA’s main goal is to assist citizens of Tarrant County in recovering funds of decedent’s with small estates to reimburse citizens and taxpayers for costs incurred by the decedent. In addition, Judge Allen has reduced the Court's budget by more than 5% during her tenure, while maintaining efficiency.

In addition to her judicial responsibilities, Judge Allen is an active speaker on litigation, guardianships, and preventing fraud on our senior citizens. Her staff of 12 often joins her or speaks on her behalf when she is in the courtroom. Together, they have reached thousands of citizens.

As an attorney, Allen was frequently recognized by her peers for her dedication to the law and hard work. Allen is a Fellow with the Texas Bar Foundation, an honor bestowed only 1/3 of 1% of Texas attorneys each year, was consistently voted a “Top Attorney” by Fort Worth Magazine, a “Texas Rising Star” in Texas Monthly, and was named “Attorney of the Year” by the Fort Worth Paralegal Association.